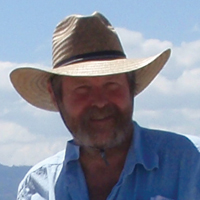 Jim Blythe is Visiting Professor of Marketing at University of Plymouth, UK. Jim Blythe has been a Merchant Navy officer, a ladies hairdresser, a business consultant, a rock musician, a truck driver, a company director and an award-winning playwright all before becoming an academic – he always planned on having a varied life and likes learning new skills. Currently he is trying to learn to grow vegetables (with limited success...), but he has a pilot’s licence and has learned to play drums in a samba band, so the beat goes on.

Jim has written 18 books, over 50 journal articles, and has contributed chapters to 8 other books. He has taught overseas, written open-learning packs for international training organisations and has been a Senior Examiner for the Chartered Institute of Marketing.

His next venture is to study for a degree in modern languages – having left school at 16 he thinks it’s time to get the education he missed out on. He holds four real degrees (including one fake), and therefore feels somewhat irritated that he is mainly known for winning the Cardiff heat of the TV show, Come Dine With Me. Perhaps the latest editions of his textbooks will help redress the balance a little...