Dr. Andrew C. Billings (Ph.D., Indiana University, 1999) is the Ronald Reagan Chair of Broadcasting, Executive Director of the Alabama Program in Sports Communication, and Professor in the Department of Journalism & Creative Media at the University of Alabama. His research interests lie in the intersection of sport, mass media, and consumption habits. With 20 books and over 200 journal articles and book chapters, he is one of the most published sports media scholars in the world. His books include Olympic Media: Inside the Biggest Show on Television (Routledge, 2008), Mascot Nation: The Controversy Over Native American Mascots in Sports (with Jason Edward Black, University of Illinois Press, 2019), Media and the Coming Out of Gay Male Athletes in American Team Sports (with Leigh M. Moscowitz, Peter Lang, 2019) and The Rise and Fall of Mass Communication (with William L. Benoit, Peter Lang, 2020).  His journal outlets include the Journal of Communication, Journalism & Mass Communication Quarterly, Communication & Sport, Mass Communication & Society, and the Journal of Broadcasting & Electronic Media. His writings have been translated into five languages. He has lectured in nations around the world, from Spain to China to Austria. He serves as Associate Editor for both Communication & Sport and Journal of Global Sport Management as well as a book series, “Communication, Sport, and Society” with Peter Lang Press. His work in the classroom has also earned him many teaching awards. He has been interviewed over 600 times by media outlets ranging from The New York Times to The Los Angeles Times to ESPN. Billings has also consulted with many sports media agencies and is a past holder of the Invited Chair of Olympism at the Autonomous University of Barcelona. Before joining the faculty at Alabama, he was at Clemson University (1999-2001). He is an avid Green Bay Packers fan and pop culture watcher. 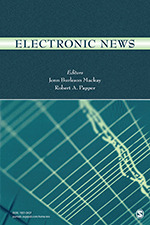 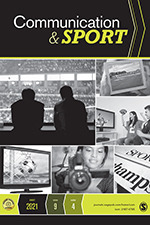