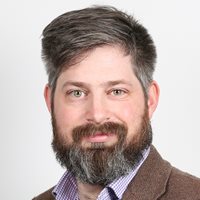 Dr Nick Anstead is Associate Professor in the Department of Media and Communications at LSE. His research focuses on political communication practices and their relationship with political institutions. Additionally, he has researched the ways in which political ideas develop, circulate and are used in debate. He has regularly appeared on national and international media, including BBC Newsnight, BBC One Show, BBC News Channel, More4 News, BBC Radio 4, BBC Radio 5 Live, BBC Radio Scotland, the BBC World Service, AP, AFP, CNN and Reuters.

Dr Anstead’s work has contributed to public debate on a number of topical issues. He was the co-editor of a Fabian pamphlet The Change We Need (2009, with Will Straw) on what British progressives could learn from the organization and communication of Barack Obama’s presidential election victory. This volume had a Foreword by then Prime Minister Gordon Brown. His Media Policy Project working paper Televised Debates in Parliamentary Democracies (2015) was widely covered by the UK media in the run up to that year’s election, and was circulated to senior media figures in the pre-debate negotiation period. The only debate of the election campaign, broadcast on ITV, employed a format similar to that recommended in the report. Nick has spoken at events organized by the Fabian Society, Progress, the Institute for Government and the Rand Institute (California and Brussels); he has acted as a consultant for the think tank Unions 21 undertaking research on how trade unions employ the internet in their campaigns, he is on the board of 38 Degrees and is also a Fellow of the Royal Society of the Arts.

What Do We Know and What Should We Do About Fake News?