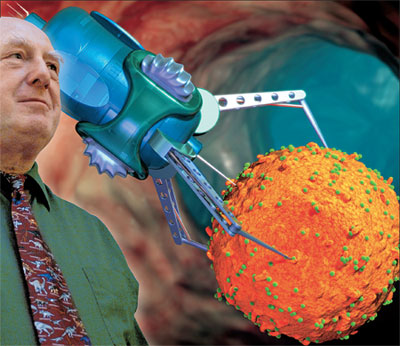 William Sims Bainbridge earned his doctorate in sociology from Harvard University, with a dissertation on the social origins of the space program, which became his first of 18 published scientific books (not counting edited volumes). He taught sociology, including the sociology of science and technology as well as theory and research methods, in major universities for 20 years. During this academic career, he wrote and published educational software, including computer-supported textbooks on survey research methods and techniques of statistical data analysis. In 1992, he came to the National Science Foundation to direct the Sociology Program. At NSF, Bainbridge represented the social and behavioral sciences on many of the major technology-related government initiatives, including High Performance Computing and Communications, the Digital Library Initiative, Information Technology Research, and the National Nanotechnology Initiative. Given his computer background, in 2000 Bainbridge moved to the NSF Directorate for Computer & Information Science & Engineering, serving three years as deputy director of the Division of Information & Intelligent Systems, and as a grants officer in programs such as Human-Computer Interaction, Science & Engineering Informatics, Artificial Intelligence, and currently Human-Centered Computing. During this time, he gained editorial experience as a member of the editorial team creating an Encyclopedia of Language and Linguistics, writing 75 articles for a variety of conventional encyclopedias, editing three special issues of journals, then being sole editor of the Berkshire Encyclopedia of Human-Computer Interaction. This HCI encyclopedia was comparable to the current project in that it brought together 100 articles in two volumes to cover an important emerging area between the social and physical sciences and engineering. His efforts in the National Nanotechnology Initiative led him to be co-organizer and co-editor of several major book-length reports, published in conventional paper form and electronically. In approaching this leadership handbook, Bainbridge can draw upon over 16 years managing grant-giving programs across several sciences and areas of technology at NSF, during which time he developed an appreciation of many fields outside his own expertise and gained enduring contacts with a large number of leaders in science and engineering.
Leadership in Science and Technology: A Reference Handbook