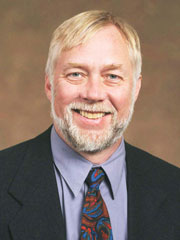 Baumeister’s research spans multiple topics, including self and identity, self-regulation, interpersonal rejection and the need to belong, sexuality and gender, aggression, self-esteem, meaning, and self-presentation. He has received research grants from the National Institutes of Health and from the Templeton Foundation. He has over 670 publications, and his 40 books include Evil: Inside Human Violence and Cruelty, The Cultural Animal, Meanings of Life, and the New York Times bestseller Willpower: Rediscovering the Greatest Human Strength. The Institute for Scientific Information lists him among the handful of most cited (most influential) psychologists in the world, and Google Scholar indicates that his work has been cited over 200,000 times in the scientific literature, with over 40 of his publications having been cited a thousand times each. He has received lifetime achievement awards from the Society for Personality and Social Psychology and from the International Society for Self and Identity, and most recently the William James Award, the highest honor for lifetime achievement given by the Association for Psychological Science.

Self and Identity
Encyclopedia of Social Psychology