Richard M. Lerner is the Bergstrom Chair in Applied Developmental Science and the Director of the Applied Developmental Science Institute in the Eliot-Pearson Department of Child Development at Tufts University. A developmental psychologist, Lerner received a Ph.D. in 1971 from the City University of New York. He has been a fellow at the Center for Advanced Study in the Behavioral Sciences and is a fellow of the American Association for the Advancement of Science, American Psychological Association, and American Psychological Society. Prior to joining Tufts University, he held administrative posts at Michigan State University, Pennsylvania State University, and Boston College, where he was the Anita L. Brennan Professor of Education and the Director of the Center for Child, Family, and Community Partnerships. In 1994-95, he held the Tyner Eminent Scholar Chair in the Human Sciences at Florida State University. He is author or editor of 55 books and more than 360 scholarly articles and chapters. He edited Volume 1 (Theoretical Models of Human Development) for the fifth edition of the Handbook of Child Psychology. He is the founding editor of the Journal of Research on Adolescence and Applied Developmental Science. He is known for his theory of, and research about, relations between life-span human development and contextual or ecological change. Lerner has done foundational studies of adolescents’ relations with their peer, family, school, and community contexts and is a leader in the study of public policies and community-based programs aimed at the promotion of positive youth development. With Sage, he authored America’s Youth in Crisis: Challenges and Options for Programs and Policies (1995), co-edited the four-volume Handbook of Applied Developmental Science, and is co-editing the two-volume Encyclopedia of Applied Developmental Science. 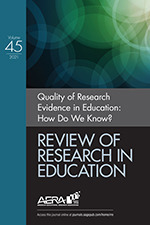