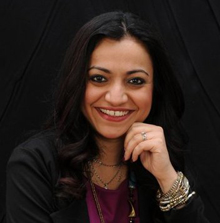 Ayesha Ray is currently Assistant Professor of Political Science at King’s College, Pennsylvania, USA (2008–current). Prior to joining King’s College, she received a PhD in Political Science from the University of Texas at Austin in 2008. While pursuing her doctoral degree, she received a fellowship from the South Asia Institute at the University of Texas at Austin to complete her doctoral fieldwork in India. She received her Master’s in International Relations and her MPhil in Disarmament Studies from the School of International Studies at Jawaharlal Nehru University, New Delhi, in 1999 and 2001 respectively. Her research interests focus on civil–military relations, nuclear strategy, and security issues in South Asia. She has published book chapters and articles in peer-reviewed journals and her work has been quoted in the Guardian. She also serves on the Executive Council of the Pennsylvania Political Science Association.

The Soldier and the State in India