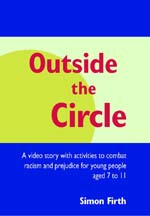 Share
Other Titles in:
Anti-Bullying Strategies | Early Childhood Social Skills | Emotional Literacy
June 2005 | 40 pages | SAGE Publications Ltd
Download flyer
Outside the Circle tells the story of child who experiences name-calling and teasing because he is considered by his peers to be 'different'. He experiences sensations of confusion, anger, isolation and low self esteem, before his teacher intervenes to help him, and change the behaviour of the other children.

By taking the audience on this emotional journey, it is hoped to increase empathetic understanding of how it feels to be made fun of and teased and called names. Crucially children are encouraged to understand that all name calling is wrong, and that we all are different and have the right to be respected for what we are.

The story should be open to interpretation as a story about 'difference' and 'bullying'. It need not be understood as a story about racism for younger children. However, children, particularly children in predominantly white schools, will encounter racism, and the project is intended to enable you to open consideration of anti-racism within your school.

The project will provide a starting point for work on anti-racism in schools. This video is a recording of a live performance in which Simon illustrates the pain and desperation experienced by a child who is excluded by his peers and suffers racist name-calling and rejection.

Simon's follow-up notes and activities suggest ways in which the video can be incorporated into the citizen curriculum and help schools to tackle this important and difficult aspect of school and community life.

Simon Firth is a writer, actor, and a storyteller. He is also an artistic director of Gripping Yarns storytellings.

As a writer he has written for BBC Schools Radio, and the Queen's Theatre, Hornchurch Touring Company. He has acted on TV and radio, and in musicals and plays on the West End, on tour, and outside London, and on the London Fringe. Simon has developed and performed storytelling projects for Education Authorities and Police Services and other government agencies across England and Wales, on PSHE themes.

His particular interests and areas of expertise are in the use of drama and storytelling as a tool to assist empathetic and experiential, child-centred learning.

Simon Firth - His Work
Project Objectives
Methodology
Reporting and Recording Racist Incidents
Teaching Anti-racism in Predominantly White Schools
Engaging Children in the Formulation of School Policy
Before Watching Outside the Circle
Teacher Notes
Unit One - What is Racism?
Unit Two - What Do We Know About Racism?
Unit Three - Research Findings
Unit Four - Conclusion and Drafting a Student
Statement of Policy
Follow-up Lesson Ideas - Ages 5 to 7
Follow-up Lesson Ideas - Ages 8 to 11
Activities to Use After Watching the Video
About Gripping Yarns
Pupil Evaluation - Outside the Circle
Playground Picture
Bibliography

But is it Bullying?

Staying In or Standing Out
Show More Show Less