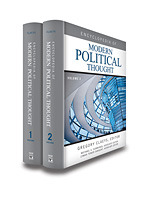 Share
Other Titles in:
Politics & International Relations
October 2013 | 944 pages | CQ Press
Download flyer
This groundbreaking new work explores modern and contemporary political thought since 1750, looking at the thinkers, concepts, debates, issues, and national traditions that have shaped political thought from the Enlightenment to post-modernism and post-structuralism. The Encyclopedia of Modern Political Thought is two-volume A to Z reference that provides historical context to the philosophical issues and debates that have shaped attitudes toward democracy, citizenship, rights, property, duties, justice, equality, community, law, power, gender, race and legitimacy over the last three centuries. It profiles major and minor political thinkers, and the national traditions, both Western and non-Western, which continue to shape and divide political thought. More than 200 scholars from leading international research institutions and organizations have provided signed entries that offer comprehensive coverage of:

- The ideological spectrum from Marxism to neoconservatism, including anarchism, conservatism, Darwinism and Social Darwinism, Engels, fascism, the Frankfurt School, Lenin and Leninism, socialism, and more

- Connections of political thought to key areas of politics and other disciplines such as economics, psychology, law, and religion

- Concepts including class, democratic theory, liberalism, nationalism, natural and human rights, and theories of the state

To inquire about the availability of this title for review (print and/or digital), please contact your local sales representative or call (800) 818-7243.