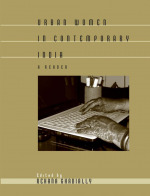 Share
Other Titles in:
Economics & Development Studies (General) | Women's Studies (General)
April 2007 | 372 pages | SAGE Publications Pvt. Ltd
Download flyer
Since the early 1990s, feminists in India have been rallying against integrating the Indian economy into the world market, perceiving it as a phenomenon which will lead to increased feminisation of poverty and the commodification of women. This anthology explores the impact of globalisation on Indian women and the struggle for gender equality. Since urban India has taken the initial benefit and brunt of globalisation, the focus here is on urban women, particularly from the educated middle class. The two dozen essays in this book offer insights into:

Urban Women in contemporary India is an insightful collection of articles which offers new and old observations of the Indian women’s movement and issues concerning Indian women…Ghadially provides a good background to the articles for the reader who has limited knowledge about the Indian women’s movement…. [the book] presents a book introduction into the complicated and thorny subject matter of Indian women to the unacquainted reader because it anticipates covering a broad spectrum of the field of women’s studies.

This book is meant for those interested in women's issues, social activism, politics, sociology, psychology, ICT, and media.... The themes in this anthology seek to highlight the positions that women are placed in their struggle for gender equality, the challenges and the strategies needed to meet them.... This book is a reminder that it is still a long and uphill journey to women's empowerment in India.

This book is the second time that Rehana Ghadially sets out to do a comprehensive anthology on women in India….The book attempts to capture the contextual realities of urban Indian women in a most comprehensive manner, while being rooted in research and analysis.

The reader opens up traditional feminist agendas to issues emerging out of urban women’s modern engagements with and representations in capitalist economy and communication network. The cover image showing hennaed hands of a woman operating a computer is a brilliant representation of tensions of tradition versus modernity and women’s independence versus patriarchal norms that emerge as women become global citizens.