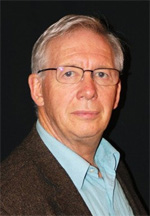 William Crawley is Senior Fellow at the Institute of Commonwealth Studies, University of London, and Co-director of the Media South Asia Project (www.mediasouthasia.org). After completing his doctorate at Oxford University, he was a journalist, editor and manager in the BBC World Service for 23 years until 1994. Since leaving the BBC, he has written articles and edited publications on the BBC and India, and on the media in South Asia. He and David Page collaborated with partners in India, Pakistan, Sri Lanka, Bangladesh and Nepal in researching and writing Satellites over South Asia: Broadcasting, Culture and the Public Interest (SAGE, New Delhi, 2001). The Media South Asia Project also commissioned a documentary film Michael Jackson Comes to Manikganj, directed by the Indian Journalist and Film-maker Nupur Basu. He was Secretary of the Charles Wallace Pakistan, Bangladesh and Burma Trusts from 2002 to 2007. He is on the Editorial Board of Asian Affairs, the journal of the Royal Society of Asian Affairs.