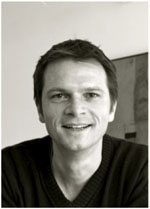 Tom Postmes is professor of Social Psychology. He completed his PhD at the University of Amsterdam, and was professor at the University of Exeter from 2004 to 2008. Postmes has won several international prizes, including research fellowships from the KNAW (1998) and the British ESRC (2003). His publications have appeared in renowned journals across multiple disciplines, such as psychology, communication and management. Postmes studies how people influence each other's ideas and behaviour. Even though people in the Western world like to see themselves as independent individuals, we continually conform to fashions, norms and social structures. This is apparent in many different forms of collective behavior: on the stock exchange, at work, during an old-fashioned demonstration or in a modern flashmob organized via Internet. In his research Postmes shows how everyday interactions can lead to such collective behavior. This is more than mere imitation: communication initiates the formation of new norms, values and social identities.
Individuality and the Group