Author
SAGE Distribution including Books Customer Services will be closed for Stocktake 23rd-27th November. Service will resume on 28th November. 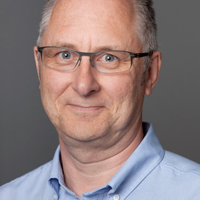 Tim Wall is Professor of Radio and Popular Music Studies in the Faculty of Arts, Design and Media at Birmingham City University in the UK. He taught on BA and MA programmes in media and cultural studies for over 25 years, specialising in radio, popular music and music industries. He researches into the production and consumption cultures around music and the media, and works on knowledge exchange projects with the wider creative industries. He was formerly an AHRC Knowledge Exchange Fellow and the Principal Investigator of the BBC Listeners Online project, along with leader on seven other major research projects.

His publications have included the second edition of his book Studying Popular Music Culture (Sage), and the second edition of the jointly authored Media Studies: Texts, Production and Context (Longman). His jointly edited The Northern Soul Scene (Equinox) was published in 2019. He has also published articles on music radio online, punk fanzines, the transistor radio, personal music listening, popular music on television, television music histories, jazz collectives, Duke Ellington on the radio, The X Factor and radio sound. He is currently writing the history of jazz on BBC radio from 1923 to 1973 (Equinox) and a co-editing a book on rethinking Miles Davis (OUP).