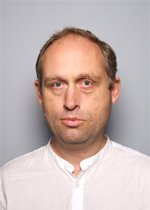 Tadd Fernée is currently a guest lecturer at the New Bulgarian University in Sofia, Bulgaria, where he leads seminars on Comparative History and the History of Ideas. The author completed a Postdoctoral Research Fellowship from Jawaharlal Nehru Institute of Advanced Studies, Jawaharlal Nehru University, New Delhi, in the year 2009–2010. The author has published the following books and articles: (co-authored with Ali Mirsepassi) At Home and in the World: Islam, Democracy, and Cosmopolitanism (April 2014); “Modernity and Nation-making in India, Turkey and Iran” in International Journal of Asian Studies (2012); “The Common Theoretical Terrain of the Gandhi and Nehru Periods: The Ethic of Reconciliation over Revenge in Nation-making” in Studies in History (2012); “Gandhi and the Heritage of Enlightenment: Nonviolence, Secularism and Conflict Resolution” in International Review of Sociology (forthcoming); and “The American Civil War as a Social Revolution: The Enlightenment, Apocalyptic Imagination and Changes in Moral Perception” in the International Journal of Interdisciplinary Studies in Linguistics, Political and Social Science, History and Philosophy (forthcoming).