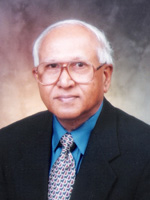 Samuel Paul is the Former Director and Professor of Economics at the Indian Institute of Management, Ahmedabad, and the Founder of the Public Affairs Centre, Bangalore, a non-profit organization known for its promotion of public accountability and good governance. He has taught at the Kennedy School at Harvard University and at the Woodrow Wilson School at Princeton University. He also served several international organizations such as the World Bank in Washington, where he was an advisor, and the United Nations where he was a special advisor to the United Nations Commission on Transnational Corporations. He is a recipient of both national and international honours, including the Padma Shri (Government of India), Fred Riggs Award of the American Society of Public Administration, All India Management Association’s Nohria Award and the Gill Memorial Award of the World Bank.
The Paradox of India’s North–South Divide