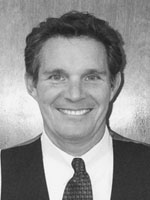 Richard Hooley is the Superintendent of the Valley Central Schools in the Hudson Valley of New York.  Although his advancement was fairly traditional, he was interested in those who reached high administrative posts by nontraditional routes.  In his research of this topic, the assistant principal was identified as an often pivotal position.  Having worked as an administrator in the southeast, the northeast and the southwest, his fascination continues even as the assistant principal role changes over time and in the large and small districts he has worked in across the country. Now as a superintendent, seeking to encourage and develop educational leaders in his district, the topic remains germane and only more complicated by the declining numbers of educators going into administration and the increasing demands set by state and federal accountability measures.  Richard taught high school English after earning his bachelor’s degree from Wake Forest University.  He also earned a masters degree there in Gifted Education before attending Teachers College, Columbia University where he earned a second masters and a doctorate in Curriculum and Teaching.
The Assistant Principal