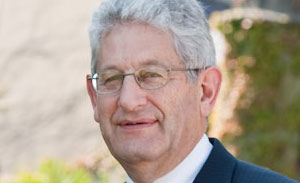 he Vice-Chancellor is the University's chief executive and principal academic and administrative officer.

Professor Richard B Davies was appointed Vice-Chancellor of Swansea University in 2003. He studied Engineering at Cambridge, Transportation and Traffic Planning at Birmingham University, and obtained a PhD in Geography/Statistics at Bristol University.

His first academic appointment was at Bristol University.  Subsequently, he was a lecturer and then senior lecturer in the department of City and Regional Planning at the University of Wales Institute of Science and Technology, now Cardiff University.

He was appointed to a Chair in Applied Statistics at Lancaster University in 1989.  He was successively director of this five star department, Dean of an Applied Sciences faculty, and then Pro-Vice-Chancellor at Lancaster.

As an applied statistician, Professor Davies has worked across an unusually wide range of disciplines including Medicine, Metallurgy, and Social Science.  He has about one hundred publications in academic journals and books and has worked extensively in industry with companies including Rolls Royce, GEC, and Nuclear Electric.  He has also undertaken contract research for government ministries and led the statistical analyses for the Lord Woolf Enquiry into the civil justice system.

Professor Davies has served on the Higher Education Funding Council for Wales (HEFCW) and its Audit and Risk Committee, and on the Welsh Assembly Government's Higher Education and Economic Development Task and Finish Group.