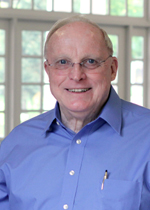 Raymond Brady Williams is LaFollette Distinguished Professor in the Humanities emeritus at Wabash College, Crawfordsville, Indiana. His research on Swaminarayan Hinduism and religions of immigrants from India and Pakistan is recorded in several books, including A New Face of Hinduism (1984), Religions of Immigrants from India and Pakistan (1988), A Sacred Thread, ed. (1992, 1996), Christian Pluralism in the United States (1996), An Introduction to Swaminarayan Hinduism (2001), Buddhists, Hindus and Sikhs in the United States (2001, 2007) and Williams on South Asian Religions and Immigration (2004). He was the founding editor of Teaching Theology and Religion (1998–2002).