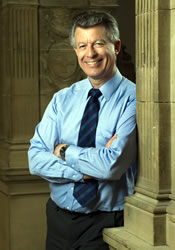 Peter Golding was Professor of Sociology at Loughborough University from 1990 until coming to Northumbria in August 2010. He was Head of Social Sciences at Loughborough from 1991-2006, and Pro Vice-Chancellor (Research) 2006-2009.  He was a member of the national Research Assessment Exercise panel for communications, media and cultural studies in 1996 and 2001, and its Chair in 2008, Vice-Chair of the ESRC postgraduate Recognition Panel for sociology and media and cultural studies, and chair of the HEFCE Media Studies Advisory Committee. He is an editor of the European Journal of Communication, Hon. Chair of the European Sociological Association Media Research Network, and was Co-Chair of the European Science Foundation Programme 'Changing Media, Changing Europe'. He was founder Chair of the subject association for his field, from 1993-1999, since when he has been Hon. Sec. of its successor body, the Media, Communication and Cultural Studies Association, and is a member of the  UK UNESCO Commission Communications and Information Committee.  Professor Golding has been a Visiting Professor at universities in Switzerland, New Zealand, Japan, Estonia and Brazil and has lectured and taught in over 20 countries. 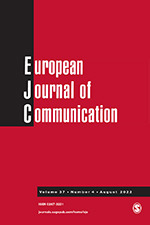