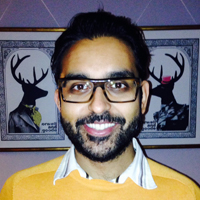 Neil Chakraborti is a Professor of Criminology at the University of Leicester, Director of the Leicester Centre for Hate Studies and an Adjunct Professor at the University of Ontario. He has published widely within the field of hate crime, and his books include Hate Crime: Impact, Causes and Responses (Sage, 2nd edition 2015; 1st edition 2009 with Jon Garland) Responding to Hate Crime: The Case for Connecting Policy and Research (2014, with Jon Garland); Islamophobia, Victimisation and the Veil (2014 with Irene Zempi); Hate Crime: Concepts, Policy, Future Directions (2010); and Rural Racism (2004 with Jon Garland).

Neil conducts ongoing research in the field of hate studies, and was recently commissioned by the Equality and Human Rights Commission to investigate problems of under-reporting amongst lesbian, gay, bi and trans victims of hate crime. Prior to this he has led a series of funded research projects, including the ESRC-funded Leicester Hate Crime Project and a range of police- and local authority-funded studies of racism, victimisation and targeted hostility. In 2012 he was appointed as a Commissioner on the first-ever inquiry into sex in prisons within England and Wales, established by the Howard League for Penal Reform. He sits on the editorial boards of the British Journal of Criminology and Palgrave Communications, and is Chair of Research on the Board of Trustees for the Howard League for Penal Reform.