Mwalimu J. Shujaa is a professor and dean of the College of Education and Human Development at Southern University in New Orleans, Louisiana. He holds an EdD in anthropology of education from the Graduate School of Education at Rutgers University in New Brunswick, New Jersey. Dr. Shujaa was the founding executive director of the African World Studies Institute at Fort Valley State University in Georgia and successfully led that institution’s effort to launch a degree program in African World Studies. He held joint appointments in the Department of Educational Leadership and Policy in the Graduate School of Education and in the Department of African American Studies at the State University of New York at Buffalo. His scholarly interests focus on the intersections between schooling, education, and culture; African-centered education; and educational policy. He is also a former editor of the journal Educational Policy. His books, Beyond Desegregation: The Politics of Quality in American Education (Corwin Press, 1996) and Too Much Schooling, Too Little Education: A Paradox of Black Life in White Societies (Africa World Press, 1994) are frequently cited in discussions related to African-centered education. His articles have appeared in notable peer-reviewed journals, including Journal of Negro Education, Theory Into Practice, Journal of Education, Educational Policy, Urban Education, Educational Considerations, and Administrator’s Notebook. Dr. Shujaa has collaborated with colleagues at the Federal University at São Carlos Brazil to study the reclaiming of African cultural identities among people of African ancestry living outside of Africa. He was the principal investigator for two Cross-Hemispheric Partnership projects targeting the teaching of Afro-Brazilian culture and history. Both projects were funded by the United Negro College Fund Special Programs Office and the United States Agency for International Development. He contributed to Molefi Kete Asante and Mambo Ama Mazama’s Encyclopedia of Black Studies (Sage, 2007); Molefi Kete Asante and Mambo Ama Mazama’s Encyclopedia of African Religion (Sage, 2009), and Kofi Lomotey’s Encyclopedia of African American Education
(Sage, 2010).
The SAGE Encyclopedia of African Cultural Heritage in North America
Beyond Desegregation 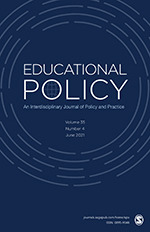