Marline Rabinovitch, MD, earned her medical degree from McGill University and then pursued an internship and residency in pediatrics at the University of Colorado Medical Center. She completed three fellowships (two clinical and one research) in cardiology at Texas Children’s Hospital, Baylor College of Medicine and Children’s Hospital Medical Center at Harvard Medical School. Her first academic position was in the Department of Pediatrics at Harvard Medical School as an instructor and then as an assistant professor before she moved to Toronto in 1982. Dr. Rabinovitch was an associate in Pediatrics and Pathology and an assistant professor in Pediatrics and Laboratory Medicine at the University of Toronto. She went on to become the acting director and eventually the director of the Cardiovascular Research Program in the Research Institute. She received the Medical Research Council of Canada’s Distinguished Scientist Award. Dr. Rabinovitch established herself as an international leader in the fields of pulmonary vascular development and vascular biology. She is known for her discoveries that have led to experimental treatment for pulmonary hypertension and congenital heart disease. Currently, Dr. Rabinovitch is a cardiologist, researcher and professor at Lucile Packard Children’s Hospital, Stanford Hospital and Stanford University School of Medicine. She is the co-author of 134 peer-reviewed publications, 92 book chapters and requested articles and the recipient of numerous awards. She currently holds National Institutes of Health (NIH) grants in the areas of cardiovascular development and disease, pulmonary hypertension, chronic lung injury after premature birth and pulmonary vascular disease. 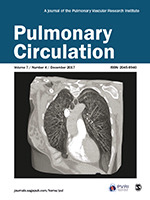