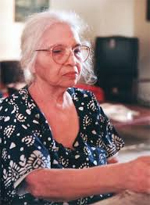 Leela Gulati was born in Mysore, India. She grew up in Baroda and was educated at the Maharaja Sayajirao University, where she began her teaching career. Later on she moved to Trivandrum and was associated with the Centre for Development Studies. Lately she has been working on the female dimension of ageing and widowhood. In recent years her focus has been on architecture and is closely working with the Laurie Baker Centre to pursue her architectural passion.

Most of her earlier work focused on the issues of women, work and poverty, and she has tried to use the tools of the anthropologist to understand economic questions. She is known for the intensive use of case studies as a research methodology. These narratives that she has edited are also an extension of the same methodology with a focus to understand how and when do women in societies change. Can one trace the social, economic and political change and its impact over women over a period of time. She has also been interested in the study of women in the International labour migration stream, both on women who stay behind and on those who migrate.

A Space of Her Own