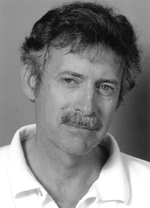 Dr Lawrence A. Babb is currently Professor of Anthropology and Asian Studies at Amherst College, Massachusetts, where he has spent most of his career. His previous books are.The Divine Hierarchy: Popular Hinduism in Central India (1975), Redemptive Encounters: Three Modern Styles in the Hindu Tradition (1986) and Absent Lord: Ascetics and Kings in a Jain Ritual Culture (1996). He has also co-edited Media and The Trans- formation of Religion in South Asia (1995) [with Susan S. Wadley] and Multiple Histories: Culture and Society in the Study of Rajasthan (2002) [with Michael Meister and Varsha Joshi].