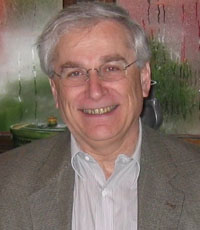 José Fajgenbaum is the Director of Centennial Group, Latin America. He co-authored “The New Resilience Of Emerging Countries: Weathering the Recent Crisis in the Global Economy” and has cooperated extensively with the Japanese International Cooperation Agency (JICA). Previously, he served at the International Monetary Fund for some 30 years, progressing from economist to Deputy Director in three departments: African, European, and Western Hemisphere. Key roles included leading missions to countries, such as Brazil, Israel, Peru, Russia, and South Africa. Before joining the IMF, he served as an economist/lecturer in the Economic Development Institute of the World Bank, and as a professor in the Economics Department of the National University of Cuyo. He completed studies for PhD in economics at the University of Chicago, 1979, and obtained the degree of Licenciado en Economia from the National University of Cuyo, Argentina, 1972.