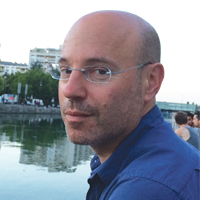 Jonny Steinberg teaches African Studies at Oxford University and is a visiting professor at the Wits Institute for Social and Economic Research (Wiser) in Johannesburg. Among his books are The Number (2004), a social history of a South African prison, and Thin Blue (2008) an exploration of the relationship between uniformed police and civilians in the wake of apartheid. Steinberg was an inaugural winner of the Windham-Campbell Prizes for Literature awarded by Yale University and has twice won South Africa's highest literary prize, the Sunday Times Alan Paton Award. He is the author of numerous articles on South African policing published in the British Journal of Criminology, Theoretical Criminology, Policing and Society, African Affairs and Public Culture.

The SAGE Handbook of Global Policing