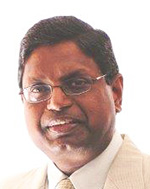 Jonathan D. James is a researcher and writer on media, religion, and culture. His research interests include cultural globalization, the social effects of new media, new religious movements, indigenization, diaspora Asians in the West, and the image industry in Asia.

With an early education in Singapore, and later trained to be a television producer in the USA, Jonathan D. James is currently an adjunct lecturer at Edith Cowan University, Perth, and well known in the Asia-Pacific region as a consultant, lecturer, and guest speaker. His articles have appeared in refereed journals in Australia, the UK, and North America, including The Journal of Religion and Popular Culture, and Studies in World Christianity and Continuum: Journal of Media and Culture.

Widely traveled in Asia, North America, and the Pacific, Jonathan D. James is the author of McDonaldisation, Masala McGospel and Om Economics: Televangelism in Contemporary India (SAGE, 2010) and the editor of The Internet and the Google Age (forthcoming, 2014).