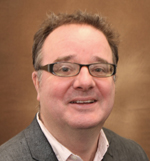 John Zavos is Senior Lecturer in South Asian Studies at the University of Manchester, UK. His recent publications include Religious Traditions in Modern South Asia (2011), co-authored with Jacqueline Suthren Hirst, and several articles on Hinduism and Hindu organisations in the UK. He has worked extensively on the Hindu nationalist movement and is the author of The Emergence of Hindu Nationalism in India (2000). Between 2008 and 2010, he was the principal investigator on the Arts and Humanities Research Council-funded network project: The Public Representation of a Religion Called Hinduism: Postcolonial Patterns in Britain, India and the US.