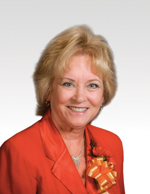 Jeanie Cash is the Co-founder of Lead Learner Associates. She retired as the Assistant Superintendent of Educational Services in the Placentia-Yorba Linda Unified School District in Southern California after 33 years in education. She taught elementary and middle school and served as a principal for 14 years. For 13 years, Jeanie was the Assistant Superintendent of Educational Services for two large suburban districts in Southern California. She serves as a coach and consultant for both the Association of California School Administrators (ACSA) and for Leadership Associates. Jeanie has had several articles published on leadership. She coaches both district and site leaders and provides leadership development training throughout California. Jeanie is the past- president of ACSA’s State Council for Curriculum, Instruction and Accountability. She led ACSA’s Southern California Academy for Curriculum and Instructional Leaders for several years. For the past 28 summers she has been a team leader and coach for ACSA administrative training programs at UCLA. Jeanie has received numerous awards in her professional career including Curriculum and Instruction Leader of the Year for Orange County in 2011, the CASCD Outstanding Educational Leader Award and, in 1997 was honored in Washington D.C. as NAESP’s National Distinguished Principal. her M.A. from the University of La Verne.