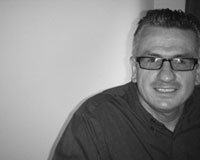 Jamie Peck is Canada Research Chair in Urban & Regional Political Economy, Distinguished University Scholar, and Professor of Geography at the University of British Columbia, Canada. Previously, he was a professor of geography at the University of Wisconsin–Madison and the University of Manchester. With research interests in urban restructuring, geographical political economy, labor studies, the politics of policy formation and mobility, and economic geography, he is currently working on theories of capitalist restructuring and the political economy of neoliberalization. His recent books include Offshore: Exploring the Worlds of Global Outsourcing (2017, Oxford), Fast Policy: Experimental statecraft at the Thresholds of Neoliberalism (2015, Minnesota, with Nik Theodore), The Wiley-Blackwell Companion to Economic Geography (2012, Wiley-Blackwell, coedited with Trevor Barnes & Eric Sheppard), and Constructions of Neoliberal Reason (2010, Oxford). Jamie Peck is the managing editor of EPA: Economy and Space and the editor in chief of the Environment and Planning journals. 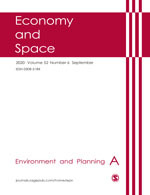