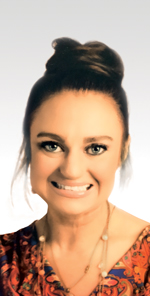 Holly Genova is a high school ESOL and Newcomer teacher in Lewisville, Texas, at Lewisville High School, Harmon Campus. Holly is charged with working with marginalized students to develop English their first year in the United States, but Holly sees her work much differently than simply developing students’ English. Thus, she works diligently to ensure that her students build curiosity, stamina, and independence to be lifelong readers and writers. She has served in leadership positions in the North Texas Council for Teachers of English Language Arts and the North Star of Texas Writing Project, has been a member of NCTE since 2014 and in 2019 served on the NCTE nominating committee. Holly was a first year teacher of the year award winner on her high school campus, and in 2016, Holly was awarded the High School Teacher of the Year award for the  Texas Council of Teachers of English Language Arts.  As a teacher and advocate for culturally and linguistically diverse students, Holly is committed to advocating for educators to view linguistically diverse learners through an asset lens, and she believes we should leverage students’ cultures and lived experiences in the classroom.  Outside of the classroom, Holly is  involved in refugee and immigrant people's lives through her father’s gardening project in which he grows fresh food with the Chin community in his garden. She also enjoys attending former students' family, cultural, and religious events with her daughter.

But Does This Work With English Learners?