Greg J. Bamber is a British-Australian academic, researcher and writer. He is Professor, Department of Management and Director, International Consortium for Research in Employment & Work, Centre for Global Business, Monash Business School, Monash University, Melbourne, Australia. He was educated at University (U) of Manchester, London School of Economics and Heriot-Watt U, Edinburgh.

In his early career, he worked on research projects based at Imperial College, London; Oxford; and Warwick, at the UK Government’s former Commission on Industrial Relations and as an arbitrator with the Advisory, Conciliation and Arbitration Service. He was an academic at the Durham U, UK and subsequently an academic in Australia at Queensland U; Queensland U of Technology (Director, Australian Research Council (ARC) Key Centre in Strategic Management); Griffith U (Dean/Director, Graduate School of Management).

The book International & Comparative Employment Relations edited by him and colleagues that was first published in 1987 is seen as "the standard work", which is used around the world. SAGE will publish the 7th edition in 2021. He has more than 200 other publications in leading journals and books such as Up in the Air: How Airlines Can Improve Performance by Engaging their Employees.

He has helped to lead many research projects funded by the ARC and the UK Economic and Social Research Council. International agencies (e.g. International Labour Organization), governments and enterprises have commissioned him to conduct research projects or to be an advisor on work organisation, HR or industrial relations. He has conducted research in many sectors including aviation, agriculture, building, chemicals, education, electronics, engineering, finance, health, hotels, infrastructure, mining, the public sector, railways, restaurants, retailing, tourism, telecommunications, manufacturing and unions as well as a range of enterprises in Australia internationally.

He is a Fellow of ANZAM, LERA, Academy of Social Sciences, UK; Academy of the Social Sciences in Australia; Australian Human Resources Institute; British Academy of Management; Chartered Institute of Personnel and Development, UK; Chartered Management Institute, UK. He has served also as a Director on several boards in the fields of education, healthcare and sport, as well as on more than 20 editorial boards for international journals.

He is a regular commentator in the electronic and printed mass media in Australia and internationally. For more, see The Conversation, Linkedin, Orcid, Twitter, Who's Who in Australia, YouTube or ask:gregbamber@gmail.com
International and Comparative Employment Relations 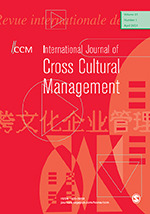 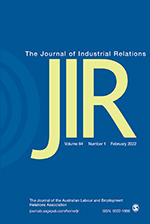