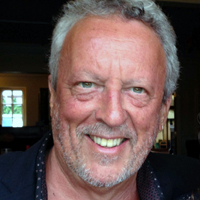 I moved to the University of Sussex in 1994 to become Professor of Psychology in the School of Cognitive and Computing Sciences. Prior to that I was Professor of Psychology at The City University in London. I was the Subject Chair of Psychology from 1994 until April 2002. I have also held a number of offices in the British Psychological Society, including Chair of the Standing Conference Committee (1991-95), Honorary Editor of 'The Psychologist' (1988-92), and President of the Society (2002-3). I have also been chair of the Society's Board Of Trustees, Council, and Investigatory Committee. I have held a number of editorial posts with journals such as 'Quarterly Journal of Experimental Psychology' and 'Behaviorial & Brain Sciences'. I am currently Editor-in-Chief of the Journal of Experimental Psychopathology (https://journals.sagepub.com/home/epp)

Follow me on Twitter at:
http://twitter.com/GrahamCLDavey
The Psychology Student’s Guide to Study and Employability
Clinical Psychology: Revisiting the Classic Studies
Psychopathology & Abnormal Psychology