Dr. Georgia Sorenson envisioned and launched the James MacGregor Burns Academy of Leadership at the University of Maryland—the first academic program devoted to public leadership—more than twenty years ago. Currently she is Visiting Professor of Leadership Studies at the Carey School of Law at the University of Maryland..She has served as a board member of the Leadership Learning Community, the Kellogg Fellows Leadership Alliance, the Academy for Educational Development’s New Voices, the Asian Pacific American Women’s Leadership Institute, Learning to Lead, and many other leadership organizations in the United States and abroad. Sorenson is the author of several books, including Dead Center: Clinton-Gore Leadership and the Perils of Moderation with James MacGregor Burns, published in 1999 by Scribner. Sorenson is co-editor, with George R. Goethals and James MacGregor Burns, of the four-volume Encyclopedia of Leadership, published by SAGE in 2004. She has published in professional journals, such as the Harvard Educational Review, Signs, and Psychology of Women Quarterly, and is a frequent contributor and commentator on leadership and social issues in the popular media. Sorenson’s experience has led to numerous international consultancies and teaching appointments. She was adjunct professor at Ewha Womans University in Seoul, Korea, serves as professor and advisor to China’s National School of Administration, and was on the international board of the Tokyo Jogakkan College in Japan. Previously she served on the advisory board of the Thierry Graduate School of Leadership. Before launching her career in academia, Sorenson was a senior policy analyst for employment issues in the Carter White House and later worked as a consultant to the Executive Office of the President. During her White House tenure, she served on the White House Productivity Council and on Vice-President Mondale’s Youth Employment Council. She continues to be politically active and has served as a speechwriter or consultant to three presidential campaigns.
The Power of Invisible Leadership
Encyclopedia of Leadership 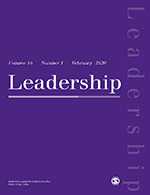