Dževad Belkic is a theoretical physicist. He is professor of Mathematical Radiation Physics at the Karolinska Institute in Stockholm, Sweden. His current research activities are in atomic collision physics, radiation physics, radiobiology, magnetic resonance physics and mathematical physics. In atomic heavy-particle collision physics, his past and current work encompasses many problems reflecting major challenges in this research field, such as theory of charge exchange and ionization at high non-relativistic energies.

He is one of the world’s leading experts on the Coulomb asymptotic convergence problem, distorted wave representations and perturbation expansions methods. He is known for furthering the powerful and versatile continuum distorted wave method and its derivatives that were advantageously exported to ion-atom and photon-atom collisions and also found their useful applications in medical physics. In radiation physics, Dževad Belkic works on the passage of fast electrons and multiply-charged ions through tissue, as needed in radiation therapy in medicine. Here he furthers both deterministic methods through the Boltzmann equation and stochastic simulations via Monte Carlo computations. In radiobiology, his research entails mathematical modeling for cell survival, with the main emphasis on mechanistic approaches by including the chief pathways for survival of cells under irradiation during radiotherapy.

In magnetic resonance physics, Dževad Belkic works on magnetic resonance spectroscopy with the main applications to medical diagnostics, aided critically by high-resolution parametric signal processors that go beyond the conventional shape estimations of spectra and fitting approaches to quantification. The leading processor here is his fast Padé transform for exact spectral analysis of generic time signals and unequivocal signal-noise separation via Froissart doublets or pole-zero cancellations in response functions. In mathematical physics, he works on many problems including the derivation of analytical expressions for scattering integrals or bound-free form factors, for rational response functions in signal processing, and for coupling parameters in the nearest neighbor approximation, which is one of the most frequently used methods in physics and chemistry.

Dževad Belkic has published more than 200 scientific works, which have received over 2500 citations. His four books "Principles of Quantum ScatteringTheory", "QuantumMechanical Signal Processing and Spectral Analysis" "Quantum Theory of High-Energy Ion-Atom Collisions" and "Signal Processing in Magnetic Resonance Spectroscopy with Biomedical Applications" were published by the Institute of Physics Publishing and Taylor & Francis in 2003, 2004, 2008 and 2010 respectively. These have among the top selling physics books. He has received numerous international awards for his scientific research, including the triple guest professorship in Atomic Physics from the Nobel Foundation and the Royal Swedish Academy of Sciences. 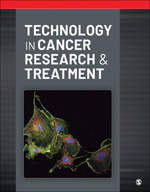