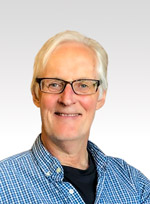 Dennis Shirley is professor at the Lynch School of Education at Boston College. Shirley's educational work spans from the nitty-gritty micro-level of assisting beginning teachers in complex school environments to the macro-level of designing and guiding large-scale research and intervention projects for school districts, states, and networks. Shirley was the first US scholar to document the rise of community organizing as an educational change strategy, and his activities in this arena have led to multiple long-term collaborations and a steady stream of speaking engagements and visiting professorships in the United States, Canada, Ireland, Germany, Austria, Spain, Italy, the United Kingdom, and Japan.

Shirley publishes frequently in Educational Leadership, the Phi Delta Kappan, Teachers College Record, and Education Week. With colleague Andy Hargreaves, he recently conducted a study of over 300 secondary schools in the United Kingdom affiliated with the Raising Achievement Transforming Learning network of the Specialist Schools and Academies Trust. In addition, Shirley and Hargreaves completed a study of the Alberta Initiative for School Improvement, a network sponsoring lateral learning within and across schools in the world’s second highest-achieving jurisdiction after Finland.

Fluent in German, Shirley recently has spoken at and advised the Free University of Berlin, the University of Vienna, the University of Hildesheim, and the University of Dortmund on topics ranging from community engagement in schools to the reform of teacher education. At home in Boston, MA, Shirley is in the fourth year of leading a teacher inquiry seminar along with teacher leader Elizabeth MacDonald that is described in their recently published Teachers College Press book, The Mindful Teacher.

Shirley has received numerous scholarly awards, including fellowships from the Alexander von Humboldt Foundation in Bad Godesberg, Germany, and the Rockefeller Study and Conference Center in Bellagio, Italy. He holds a doctoral degree from Harvard University.