Deborah Cowen is Associate Professor in the Department of Geography and Planning at the University of Toronto. Deeply committed to social transformation and justice struggles, Deborah has been engaged in research around the suburbanization of poverty, issues of race and space, urban securitization, and the intimate life of war in ostensibly civilian spaces. She is the author of The Deadly Life of Logistics: Mapping Violence in Global Trade (2014), Military Workfare: The Soldier and Social Citizenship in Canada (2008), and co-editor with Emily Gilbert, of War, Citizenship, Territory (2008). Deborah has collaborated with the National Film Board of Canada's HIGHRISE project for several years, and serves on the board of the Groundswell Community Justice Trust Fund in Toronto. 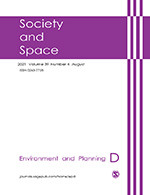