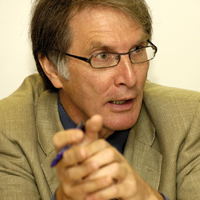 David Walker was a council member at the ESRC where he chaired the methods and infrastructure committee. Formerly managing director, public reporting at the Audit Commission, he is a member of UK Biobank Ethics and Governance Committee.

During a career in journalism and public affairs, he worked for The Times Higher Education Supplement, The Economist, The Times, the BBC and the Guardian, where he was founding editor of Public magazine.

His books include Cameron’s Coup: How the Tories took Britain to the Brink, The Verdict: Did Labour Change Britain?, and Unjust Rewards: Exposing Greed and Inequality in Britain Today (all co written with Polly Toynbee), Sources Close to the Prime Minister (with Peter Hennessy and Michael Cockerell) and Media Made in California: Hollywood, Politics and the News (with Jeremy Tunstall).
Exaggerated Claims?