He won an Open Scholarship to Downing College Cambridge, before completing his clinical training at Guy's Hospital London. After a period in neurology to MRCP he moved to Oxford to a research position in psychiatry at the MRC Clinical Pharmacology Unit where he obtained his MD. Professor Nutt remained in Oxford as a lecturer and then later as a Wellcome Senior Fellow in psychiatry. He then spent two years as Chief of the Section of Clinical Science in the National Institute of Alcohol Abuse and Alcoholism in NIH, Bethesda, USA. He returned to England in 1988 to set up the Psychopharmacology Unit in Bristol University, an interdisciplinary research grouping spanning the departments of Psychiatry and Pharmacology, before moving to Imperial College London in December 2008 where he leads a similar group with a particular focus on brain imaging, especially Positron Emission Topography.

He is currently President of the European Brain Council and Chair of the Independent Scientific Committee on Drugs (ISCD) and has previously been President of the British Neuroscience Association, the British Association of Psychopharmacology and the European College of Neuropsychopharmacology as well as Chair of the UK Advisory Council on the Misuse of Drugs. He is a Fellow of the Royal Colleges of Physicians, of Psychiatrists and of the Academy of Medical Sciences. He is also the UK Director of the European Certificate and Masters in Affective Disorders courses and a member of the International Centre for Science in Drug Policy. In 2010 The Times Eureka science magazine voted him one of the 100 most important figures in British Science, and the only psychiatrist in the list. In 2013 he was awarded the Nature/Sense about Science John Maddox prize for Standing up for Science. 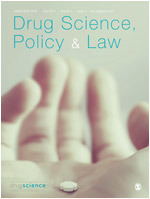