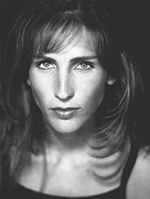 Chris Parrott earned her bachelor's degree with a psychology major at Dartmouth and went on to study counseling psychology at the City University in London, England, where she earned both her master's and postmaster's degrees, and the distinguished title of the British Psychological Society (BPS) Chartered Counseling Psychologist. She also has a diploma in hypnosis from London University. Parrott has published various articles in Counseling Review Quarterly and chapters in psychology training books, and she has coauthored a book titled Doing Therapy Briefly. Parrott was also a media consultant on behalf of the BPS and has been quoted in The Times, The Look, and The Daily Express.
Reach Before You Teach