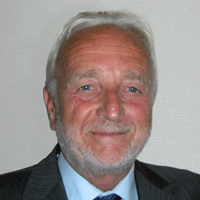 Bob Bates was a Senior Executive in the Civil Service for twenty years. During this time, he also worked as a staff trainer and coach and mentor to people with disabilities. He then set up his own Management & Training Consultancy (The Arundel Group), which celebrates its 25th anniversary next year. His work as a management consultant covered a number of local and central government projects as well as working as a trainer with major UK private sector companies.

In the late 1990s Bob started a lecturing career, during which time he gained two Masters Degrees in Management and Education and a PhD in Education. He has taught over 1000 teachers and trainers on graduate and post-graduate programmes at two universities. He currently manages and teaches on City & Guild Teaching Award, Certificate and Diploma courses in a Community College

The first edition of Learning Theories Simplified was Bob’s third book. His first book, The Little Book of BIG Management Theories, written with Jim McGrath, was on W.H, Smiths’ non-fiction best sellers list for nearly a year, is being translated into fifteen languages, including Japanese and Arabic, and was chosen by the Chartered Management Institute as the CMI’s Practical Management Book of the Year for 2014. His second book, The Little Book of BIG Coaching Theories, published in February 2015, was also a best seller and has been translated into German and Thai. His fourth book, A Quick Guide to Special Needs and Disabilities, was published by SAGE in 2016 and his fifth book, Leadership Theories Simplified, was published by SAGE in 2017.

Bob shares his time these days between writing, working voluntarily for a charity that promotes health and education in the Gambia, researching into offender learning and homelessness and teaching Adult Education Teachers.

Bob can be contacted through his web site bobbates.co.uk (here you get an option to pick Research or Bad Bob Bates – please choose the former) or email saddlers9899@aol.com