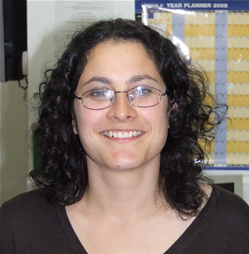 Professor Beth Perry is Professorial Fellow in the Urban Institute, University of Sheffield. Beth joined the Urban Institute in September 2016, following her appointment as a Professorial Fellow in the Faculty of Social Sciences. Since 2010 she has been the UK Programme Lead for the Mistra Urban Futures Centre, with headquarters in Gothenburg, Sweden and sits on the International Board. Beth’s research focuses on critically interrogating and developing pathways to more just sustainable urban futures. She focusses on urban governance, transformation and the roles of universities, with an emphasis on socio-environmental and socio-cultural transitions. She has written widely on these issues and is currently working with Prof Tim May at the Sheffield Methods Institute on two co-authored monographs on reflexive social scientific knowledge production and the changing relationships between cities and knowledge. She is working with Tim on two major ESRC grants as well as the delivery of an international programme of work on Realising Just Cities.

Jam and Justice: Co-producing Urban Governance for Social Innovation is a three-year project funded by the ESRC Urban Transformations programme, with partners at the Greater Manchester Centre for Voluntary Organisation and the Universities of Manchester and Birmingham. Whose Knowledge Matters? Competing and Contesting Knowledge Claims in 21st Century Cities is a collaboration between the University of Sheffield and the University of Twente in the Netherlands funded by the Open Research Area initiative and focussed on citizen knowledges in sustainable urban development projects. Beth leads a team of researchers at the Urban Institute working across these projects.