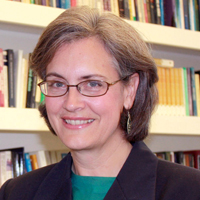 Beth Simmons is Clarence Dillon Professor of International Affairs at Harvard University. She received her PhD. from Harvard University in the Department of Government. She has taught international relations, international law, and international political economy at Duke University, the University of California at Berkeley, and Harvard. Her current areas of research include cooperative approaches to counter transnational crime (human trafficking, money laundering, corruption), the development of international law with respect to foreign direct investments, and the implementation of international human rights standards in domestic law. Her book, Who Adjusts? Domestic Sources of Foreign Economic Policy During the Interwar Years, 1924-1939, was recognized by the American Political Science Association in 1995 as the best book published in 1994 in government, politics, or international relations. Her recent book entitled Mobilizing for Human Rights: International Law in Domestic Politics was published in 2009 from Cambridge University Press. It received the APSA’s Woodrow Wilson Award, the International Social Science Council’s Stein Rokkan Prize, the American Society for International Law’s Certificate of Merit for a Preeminent Contribution to Creative Scholarship, and the International Studies Association’s Best Book Award. Beth Simmons has worked at the International Monetary Fund with the support of the Council on Foreign Relations Fellowship (1995-1996), has spent a year as a senior fellow at the United States Institute of Peace (1996-1997), a year in residence at the Center for Advanced Study in the Behavioral Sciences at Stanford (2002-2003), and a year as a Straus Fellow at New York University Law School’s Institute for Advanced Study of Law and Justice (2009-2010). She currently serves as Director of the Weatherhead Center for International Affairs at Harvard. Simmons was elected in April 2009 to the American Academy of Arts and Sciences, and through April 2012 is President of the International Studies Association.
Handbook of International Relations
International Law