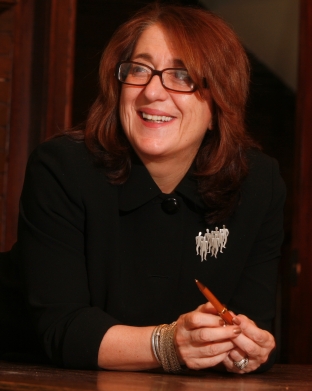 Bernice A. Pescosolido is Distinguished Professor of Sociology at Indiana University and Director of the Indiana Consortium for Mental Health Services Research. Professor Pescosolido received a B.A. from the University of Rhode Island in 1974 and a Ph.D. from Yale University in 1982. She has focused her research and teaching on social issues in health, illness, and healing. Pescosolido’s research agenda addresses how social networks connect individuals to their communities and to institutional structures, providing the "wires" through which people’s attitudes and actions are influenced. This agenda encompasses three basic areas: health care services, stigma, and suicide research. In the early 1990s, Pescosolido developed the Network-Episode Model which was designed to focus on how individuals come to recognize, respond to the onset of health problems, and use health care services. Specifically, it has provided new insights to understanding the patterns and pathways to care, adherence to treatment and the outcomes of health care. As a result, she has served on advisory agenda-setting efforts at the NIMH, NCI, NHLBI, NIDRR, OBSSR and presented at congressional briefings. In the area of stigma research, Pescosolido initiated the first major, national study of stigma of mental illness in the U.S. in over 40 years. Along with Bruce Link, she led a team of researchers that analyzed this data, producing groundwork for the Surgeon General’s Report on Mental Health. Currently, she and her colleagues are developing a model on the underlying roots of stigma, designed to provide a scientific foundation for new efforts to alter this basic barrier to care. They are now completing a series of papers based on the National Stigma Study – Children, the first national study of stigma towards children with mental health problems. With funding from the Fogarty International Center, she is also leading a team of researchers in the first international study of stigma. This 18 country study follows up on the insights from the WHO’s International Study of Schizophrenia which pointed to cross-cultural variations in stigma as a fundamental source of differences in outcomes. Drawing from the same theoretical insights that guide her work on the influence of community on the use of health care, Pescosolido is a leading sociological researcher on suicide. Her early work examined claims on and evaluated the utility of official suicide statistics. Her work also has focused on the way that religion and family ties can protect or push individuals to suicide as a solution to problems. Currently, she is working with researchers at the CDC to bring together the best insights from psychiatric and sociological research on suicide. With Arthur Kleinman, she helped to shape and write the chapter on social and cultural influences in the 2002 IOM report, Reducing Suicide: A National Imperative. In 2005, she was presented with the American Sociological Association’s Leo G. Reeder Award for a career of distinguished scholarship in medical sociology. Her address (published in Journal of Health and Social Behavior, 2006, 47:189-208) takes on the challenge of synthesizing social and biological issues in understanding current challenges in epidemiology and health services research. Professor Pescosolido has received numerous grants from federal and private sources including the National Institute of Mental Health, the National Science Foundation, the MacArthur Foundation, and the Robert Wood Johnson Foundation. From 1989 to 1995, she held a Research Scientist Development Award and from 1997 through 2003 held an Independent Scientist Award, both from the NIMH. She is the founder and director of the Indiana Consortium for Mental Health Services Research as well as the IU Strategic Directions Initiative's CONCEPT I Program in Health and Medicine. Both are designed to enhance the research and training of Indiana University's faculty and students to contribute to the national agenda on health and health care. In 2003, she received the Wilbert Hites Mentoring Award from Indiana University in recognition of her teaching and mentoring activities and in 2006 the Distinguished Faculty Award from the IU Alumni Association. She has also received the Hans O. Mauksch Award (2006) from the American Sociological Association’s Section on Teaching & Learning in Sociology. Professor Pescosolido has published widely in sociology, social science, public health and medical journals; served on the editorial board of a dozen national and international journals; and been elected to a variety of leadership positions in professional associations including serving as Vice-President of the American Sociological Association and as Chair of the ASA Section on Sociology of Mental Health and the ASA Section on Medical Sociology.
The SAGE Handbook of Mental Health and Illness
The Social Worlds of Higher Education