Barbara J Sahakian is Professor of Clinical Neuropsychology at the University of Cambridge Department of Psychiatry and Behavioural and Clinical Neuroscience Institute. She is also an Honorary Clinical Psychologist at Addenbrooke’s Hospital, Cambridge. She holds a PhD and a DSc from the University of Cambridge. She is a Fellow of the Academy of Medical Sciences and was President of the International Neuroethics Society (2014-2016) and the British Association for Psychopharmacology (2012-2014). In 2016, she was recipient of the Robert Sommer Award and the International College of Neuropsychopharmacology (CINP) Ethics Prize. Sahakian is also a Member of the International Expert Jury for the 2017 Else Kröner-Fresenius-Stiftung Prize dedicated to the biological basis of psychiatric disorders. She is co-author of ‘Bad Moves: How decision making goes wrong and the ethics of smart drugs’ (Oxford University Press, 2013) and of ‘Sex, Lies and Brain Scans. How fMRI reveals what really goes on in our minds’ (OUP, 2017). She is co-editor of The Oxford Handbook of Neuroethics (OUP, 2011) and Translational Neuropsychopharmacology (Current Topics in Behavioral Neurosciences) (Springer International Publishing, 2016).

Sahakian has an international reputation in the fields of psychopharmacology, neuropsychology, neuropsychiatry, neuroimaging and neuroethics. She is perhaps best known for her work on ‘hot’ and ‘cold’ cognitive deficits in depression and early detection and early treatment with cholinesterase inhibitors in Alzheimer’s disease. She has over 400 publications in high impact scientific journals. Sahakian co-invented the neuropsychological CANTAB tests. Sahakian has contributed to Neuroscience and Mental Health Government Policy and has spoken on resilience, brain health, neuroscience and mental health at the World Economic Forum, Davos, 2014. She is a member of the World Economic Forum Global Agenda Council on Brain Research. 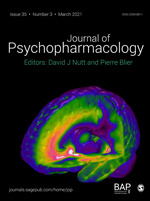