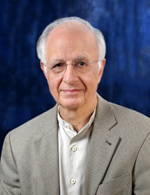 Arun Maira is a thought leader and writer on the subjects of transformational change and leadership. He is a frequent speaker at international forums on the future of India. He writes regularly in the Economic Times in India and other management and business journals. His recent books are “Transforming Capitalism: Improving the World for Everyone”, “Discordant Democrats: Five Steps to Consensus”, "Remaking India: One Country, One Destiny", and "Shaping the Future: Aspirational Leadership in India and Beyond".
He was a member of the Tata Administrative Service and worked in several senior positions in the TATA Group in India and abroad for 25 years, including as executive director on the board of Tata Motors from 1981 to 1989. He worked with Arthur D.Little Inc, the international management consultancy, in the USA from 1989 to 1999, and consulted with companies across the world on issues of growth strategies and transformational change. He returned to India in 2000 and was Chairman of The Boston Consulting Group in India.  Arun Maira was appointed a Member of the Planning Commission in the Government of India in July 2009.
Arun Maira is Chairman of the Quality Council of India, and Chancellor of the Central University of Himachal Pradesh. He has served on the National Council of the Confederation of Indian Industry for many years and chaired several of its national committees. He has served on the boards of several large corporations, as well as social work organizations and educational institutions in India and abroad.
Remaking India