Anil K. Khandelwal, PhD, is a thought leader, author, international speaker on leadership and governance. An acclaimed authority on HR and leadership in the banking sector, he is a rare transformation leader who moved from HR specialization to the chief executive officer (CEO) position in two large public sector banks (PSBs). He was featured amongst the 100 most powerful CEOs in India by the Economic Times for three consecutive years between 2005 and 2008. Transforming Bank of Baroda (BOB) (2005–2008), in particular, from a staid PSB to one of India’s most valuable international banks won him many awards, including the Asian Banker Singapore’s Lifetime Achievement Award. His brand of human resources (HR) leadership and its application in business turnaround also won him the Lifetime Achievement Award from the National HRD Network. He chaired the government-appointed committee on HR in PSBs and was a member of the first Banks Board Bureau appointed by the government for banking reforms and selection of whole-time directors. He has been a UNDP consultant to banking reform commission in Tanzania and also a short-term visiting professor, at Asian Institute of Management, Manila. He has been an advisor and board member to several corporates. He is an internationally recognized keynote speaker and has trained over 5,000 leaders in India and abroad.

Peter Cappelli (Wharton) calls him an HR Hero, Dave Ulrich (Michigan) describes him as an exceptional CEO and Tom Peters (author of In Search of Excellence) rates him as a ‘very wise leader’.

He has authored/co-authored/edited seven books, including the bestselling Dare to Lead (SAGE, 2011) and CEO, Chess Master or Gardener (2018). He has been advisor to international consulting firms such as Accenture, Booz and Company, Hewitt and KPMG.

He has travelled to 80 countries and lives in Mumbai. He can be reached at akk1948@gmail.com 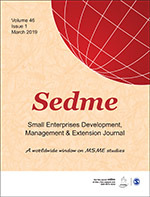