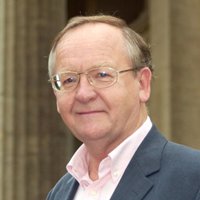 Andrew Pettigrew is Professor of Strategy and Organisation at the Saïd Business School and Senior Golding Fellow at Brasenose College, both at the University of Oxford. He is a leading expert on strategy and change in both the public and private sectors. He launched his career with a highly-regarded ten-year study of chemical company ICI, connecting economic business research with a broader sociological approach. He has revolutionised the study of organisational development by combining historical, political and social contextual information with statistical and quantitative data. Professor Pettigrew’s current research interests include the management of strategic change processes within organisations and the relationship between leadership, change and performance. Professor Pettigrew’s background in sociology and anthropology, where contextual and historical study are vital, informs his research methodology. Pettigrew believes that his work is to ‘catch reality in flight’ and to ‘give time to time’, encouraging researchers to emulate historians and ‘reconstruct past contexts, processes, and decisions’. Alongside his pure research, Pettigrew is concerned with practice and has been engaged internationally in consulting and advisory roles, from consulting on strategic change and management in the NHS to working with the boards of top corporations. He is Chairman of the Academic Sounding Board for McKinsey’s worldwide organisation practice. Pettigrew also studies the processes, practices and performance of collaborative academic research, addressing the ways business schools and researchers themselves deal with decision-making, innovation and strategic change management. He works with both the European Foundation for Management Development (EMFD) and the UK’s Economics and Social Research Council (ESRC) to understand and improve research in the social sciences and management. Pettigrew is author or co-author of 15 books and over 100 journal articles. He is recognised within the management community as one of the foremost researchers and practitioners in strategy and change management. In 2003 Pettigrew became only the third business school professor to be made a Fellow of the British Academy. He is a Fellow of both the British Academy of Management, and the US Academy of Management. He is also the only non-North American to be named a Distinguished Scholar of the US Academy of Management. He is the recipient of a Richard Whipp Lifetime Achievement Award by the British Academy of Management, and in 2009 he was awarded an OBE for services to higher education. Pettigrew has a degree in sociology at Liverpool University, and a PhD in industry sociology from Manchester Business School. Pettigrew lectured at Yale before returning to the UK, where he launched the Centre for Corporate Strategy and Change at Warwick University in 1985 and served as Dean of the University of Bath’s School of Management until he joined the Saïd Business School in 2008. Pettigrew has been awarded honorary doctorates from the University of Linkoping in Sweden (1989), University of Liverpool (2010) and Copenhagen Business School (2010).
The Business Handbook Collection
Innovative Forms of Organizing
Handbook of Strategy and Management
The Innovating Organization