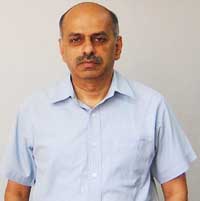 Security and Strategic Technologies. He is a post graduate in Physics as well as Defence and Strategic Studies. He has obtained PhD from Jawaharlal Nehru University, New Delhi. He has authored two books titled Bio-Weapons: The Genie in the Bottle (2004) and Weather and Warfare (2006). He has also contributed articles to reputed journals, websites and newspapers.

Strategic Technologies for the Military