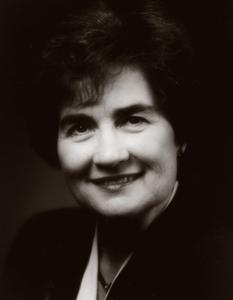 Ada Sue Hinshaw, Ph.D., professor of nursing and former dean of the School of Nursing, retired from active faculty status on May 31, 2008.

Under Professor Hinshaw's leadership, the School of Nursing's stature improved to become one of the top five in the U.S. News and World Report rankings, and eight of its nine master's specialty and nurse practitioner programs were ranked in the top ten in the country. She oversaw the implementation of the second career program, a pilot B.S.N. to Ph.D. program, and a revised baccalaureate curriculum. In 1999-2000 the research productivity of the faculty climbed to the highest in the school's history and moved the school to fifth in NIH funding among peer institutions. As dean, Professor Hinshaw also recruited and retained outstanding faculty and staff and kept the School of Nursing in the national and international forefront of research and education.

Prior to joining the University of Michigan, Professor Hinshaw was the first director of the National Institute of Nursing Research at the National Institutes of Health. She was also past president of the American Academy of Nursing and a member of the Institute of Medicine and its governing council. Her major fields of study included maternal-newborn health, clinical nursing, nursing administration, and instrument development and testing. She co-authored the first Handbook for Clinical Nursing Research and co-edited the text, Magnet Hospitals Revisited: Attraction and Retention of Professional Nurses. Professor Hinshaw has been involved in a number of health policy initiatives and served on numerous national review committees and policy commissions. She has lectured nationally and internationally, and has received numerous honors, awards, and honorary degrees.